Mix the lyric-driven piano rock of Andrew McMahon, Ben Folds & Sara Bareilles with the adrenaline rush driving synth-pop and multi-faceted productions of AJR & CHVRCHES, and you might have an idea of the sound of singer-songwriter Matthew Jordan.

His latest single, The Talking, and last EP, Undeniable, are now available on all streaming platforms and digital stores.

Who is Matthew, exactly?

Some know him from his starring role in the timeless Five For Fighting music video, “100 Years”. Others remember his appearance on the Vanessa Carlton episode of MTV “Duets”. And many have heard his music on shows such as MTV’s “Made” and “True Life” or TLC’s “Candy Queen” and “What Not To Wear”.

In 2014, Matthew was welcomed into the Yamaha family as an officially endorsed artist. He has since been featured in promo videos for new Yamaha products, and is thrilled to represent the brand, playing his CP4 stage piano and Motif XF-6 at many gigs across the country.

Jordan regularly performs at jam-packed clubs and venues all over Southern California including Genghis Cohen, Molly Malone’s and The Hotel Cafe. When on the road, he frequents clubs like Uncommon Ground in Chicago and The Bitter End in NYC. However, Jordan spends much of his time traveling the country playing keys for many other bands and artists.

For more information on the many artists Matthew has worked with, scroll down and read on!

In addition to his own music, Matthew Jordan frequently works with other artists and singers as a musical director, keyboard player, back-up vocalist and producer.

Jordan has performed all over the country as well as internationally, from Ireland to Japan, Nova Scotia to the Bahamas. Currently, you can catch him sharing the stage with Don Felder, original lead guitarist for classic rock legends The Eagles. Felder co-wrote “Hotel California” and his harmonized melodic guitar solo at the end of that track is instantly recognizable. Jordan performs coast-to-coast playing keys and singing harmonies on many songs in The Eagles incredible catalog.

You may also have seen Matthew performing alongside legendary surf rock band The Beach Boys. He has toured all over the country with the Boys, as well as internationally, including co-headlining with Queen in Florence, Italy. During his run, Jordan was tasked with singing lead vocals on a number of the Beach Boys‘ greatest hits, including “Wouldn’t It Be Nice” and “Don’t Worry Baby”, and carrying the load of all the iconic falsetto vocal parts in every song.

Jordan is also long-time keyboardist of the indie pop-rock band Rooney, touring all over the country multiple times and playing sold-out shows at venues including Lincoln Hall in Chicago, Bowery Ballroom in NYC, The Independent in San Francisco, and The Regent & The Teragram Ballroom in Los Angeles. Most recently, during Summer 2022, MJ toured with Rooney opening for rock royalty, The Zombies.

MJ has also had the amazing opportunity to work in the studio with Mike Love, original member of The Beach Boys. You can hear Matthew’s work on the recent Mike Love releases “Reason for the Season” and “12 Sides of Summer” for S-Curve Records, on which he arranged and performed background vocals and also played some keyboards. Additionally, the recent single “California Beach” was co-written by Jordan along with Love and mega-producers Sam Hollander and Josh Edmondson.

For photos and video of Matthew Jordan’s work with The Beach Boys, Don Felder, Rooney, Sabrina Carpenter and other artists, check out the “Gallery” and “Video” sections of this website.

Matthew is also available for production work. If you’d like to speak to him about a potential recording project, or are interested in his services as a musical director or keyboard player for your band or artist, please email mj@matthewjordan.com.

My brand-new single about putting your money where your mouth is and taking action! Check it out on all streaming services here: lnk.to/thetalkingMus...

When the pandemic makes it too risky to sing with other people, not a problem - just clone yourself! Who else is completely obsessed with this song? Note that we left the balcony door OPEN for this one 😉 #leavethedooropen #silksonic #brunomars #andersonpaak #cover ... See MoreSee Less

My new holiday single “Socially Distanced Christmas” is NOW available! Please share! iTunes link in comments below. I know 2020 has been a crazy year, and the thought of spending the holidays socially distanced from our families is really tough. So I hope this song and video provide you all with some much needed holiday cheer 🙂 Credits:Santa - Mark W. Gray Mom & Dad - Matt DeNoto“Girlfriend”, Director, Set Design & Visual Effects - Sasha SnowMusic and Lyrics by Matthew Jordan ... See MoreSee Less 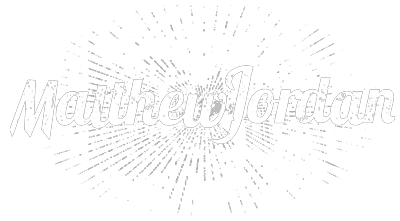